COVID-19 Update: You can do Your Planning From Home
“Action Expresses Priorities”
Contact Us for a Free Consultation
Home
Our Team
Dylan L. Nickerson 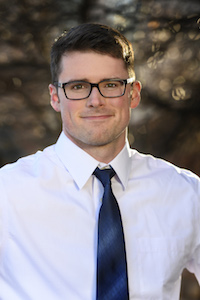 Dylan Nickerson was not born in a barn. Angels did not herald his arrival. Three bearded men did not bring him strange gifts from faraway lands.

He was born in a hospital and he grew up in a suburb, like any other. In not quite the deep south.

He was educated in southern states and retains all the strengths and imperfections of such an upbringing.

In 2013, Dylan had two choices for law school. University of Colorado or University of Richmond. He chose CU Boulder and is very happy he did.

In 2017, he left Colorado and moved back to Georgia for Air Force JAG training.

Two long years later Dylan got an opportunity to move back to Boulder, and work at Braverman Law Group.

He does not intend to leave again.

Non-Legal Activities
Contact Us
Practice Areas
Get Your Free Educational Guide
Client Reviews
★★★★★
When my husband died, I felt I needed to honor him for his children and friends. Working through the plans was healthy because I've been a planner professionally. My daughter is not a planner and I know she would not find those endless tasks therapeutic like I did. So I've created a very specific estate plan with Diedre Braverman's counsel, detailed guidance, and support. Now I feel relief knowing that my death will not derail my daughter's life. Barbara Joan Martin
★★★★★
I Really Appreciate Your Calming Nature. You are incredibly helpful and kind. After speaking with me it was the first time in a long while where I was able to sleep through the night because of your reassurance. Trudy Moore
★★★★★
I Trust Bennett and Feel His Depth of Knowledge. The time and energy Bennett spent briefing the beneficiaries of our plan – helping them to know what to expect and what their duties and responsibilities would be – was invaluable. I trust Bennett and feel his depth of knowledge will allow him to serve a wide range of client needs. The ramifications of each decision were fully explained and his adaptation to our family’s needs was exceptional. Anonymous
★★★★★
No One Had Explained to Us Before. Diedre took the time to go beyond our initial assumptions and explained how we can benefit from strategies no one had explained to us before. Kathy
★★★★★
Bennett Braverman is a Thorough, Knowledgeable Expert in His Field. Bennett Braverman is a thorough, knowledgeable expert in his field. He did an excellent job in walking us through the Living Trust process, coaching us through decisions, and making sure we completely understood the what we had to do and the associated benefits and risks. We will continue to recommend him to our friends and look forward to partnering with Bennett in the future. Lisa
View More
Submit a Law Firm Client Review