COVID-19 Update: You can do Your Planning From Home
Boulder Estate Planning Legal Blog 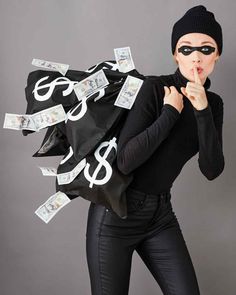 END_OF_DOCUMENT_TOKEN_TO_BE_REPLACED

Since no two people are the same, the approach you take to creating your first estate plan will not be identical to anyone else’s. The most important thing to remember is that you should take action as soon as possible. Drafting a comprehensive estate plan can give both you and your loved ones peace of mind — and there’s nothing more valuable than that.

Below are some simple steps for creating your first estate plan.

END_OF_DOCUMENT_TOKEN_TO_BE_REPLACED

Once you create an estate plan, it’s easy to assume that you can keep it the same for the rest of your life.

While you hope this happens, there is no way of knowing for sure what the future will bring. You must realize that changes to your estate plan are necessary every now and again. If the time comes, don’t hesitate to take immediate action, just as you did when creating your estate plan in the first place.

Reasons to update your estate plan

END_OF_DOCUMENT_TOKEN_TO_BE_REPLACED

Estate planning early in your life is not the same as estate planning later in life. For example, there is a big difference between creating your first estate plan in your 20s and altering your plan when you reach your 60s or 70s.

As you age, you may find it more difficult to think about estate planning. Even if this is challenging for you, it’s important to take the right steps at the right time. You don’t want to find yourself in a bad spot, such as falling ill before you have everything in order.

Here are a handful of estate planning tips to follow later in life:

END_OF_DOCUMENT_TOKEN_TO_BE_REPLACED

Robin Williams was THE comedian if you are a Gen-Xer like me. We grew up watching Mork & Mindy. And those of us who live in Boulder have, since his death, gone by the Mork & Mindy house and said our farewells there. What do we have to criticize about Robin Williams’ Estate? First, let me make my motives clear.

They say that in the past Robin Williams had battled depression and substance abuse and that he had recently received a diagnosis of Parkinson’s, which often brings treatment-resistant depression with it. As someone with bipolar disorder who has experienced serious and treatment-resistant depression, I can relate. When the doctors can’t help and everything hurts, a person reaches a point where it’s hard to believe that this horrible painful state can ever improve.

It’s hard, as someone who wasn’t in Mr. Williams’ inner circle, to imagine him depressed. As a fan, I always saw him the way his director wanted his character portrayed or, when he was doing stand-up, as his “on” self. But I also saw the kindness of spirit his actions evidenced.

END_OF_DOCUMENT_TOKEN_TO_BE_REPLACED

F Forbes recently shared its list of 7 Major Errors in Estate Planning. I’d like to share them, one at a time, with comments, and then add a couple they missed. Rather than swamp you with a treatise, here’s one that I really feel passionate about.

There are so many easy ways to screw up your estate plan – which can damage family relationships for life in many cases – and so few ways to make sure it’s right. I’ll share how our clients get peace of mind that their plan’s going to provide what they need and bring their family closer, not the opposite.

Not Having a Plan

END_OF_DOCUMENT_TOKEN_TO_BE_REPLACED

When people think of technology, they think of a fast-paced, growing field. When they think of the law, they tend to think of stagnant printed volumes of laws stacked together in a library. The difference between the pace of technological development in space technology and estate planning technology is not as great as many imagine.

I visited the eye doctor today. My vision has changed a lot since I got my prescription lenses only 6 months ago. I think of optometry as a pretty unchanging area of medicine (“Is it better with one? Or two? One? Or two?”). I was surprised that they had two new tests for me today: to check the health of my areas of my eye deeper than my retina.

Your regular (annual to no-more-than-every-three-years) legal planning check up is similar to your annual eye exam. You and your attorney are searching for the changes that are particular to you (like the testing of your eye’s vision – your prescription). And you’re also looking for changes that apply to most or all patients: the new exam technologies.

END_OF_DOCUMENT_TOKEN_TO_BE_REPLACED

Retirement Accounts – 401(k)s, (403(b)s, IRAs and others – have wonderful tax advantages. Some allow you to put pre-tax money into an account, which then grows tax-free for years or evendecades until you withdraw it. When you withdraw it, you pay tax on the withdrawal. So they aren’t “tax-free”, they’re “tax-deferred.”

END_OF_DOCUMENT_TOKEN_TO_BE_REPLACED

It’s that time of year again. No matter what your religion or traditions, you may be planning to use time off from work to visit with family including your parents. Some children will notice their parents slipping – unable to process things the way they used to. Other parents will appear just fine but you’ll still worry about the what-ifs.

AgingParents.com did an article listing “5 Things You Need To Do After A Holiday Visit With Aging Parents.” Depending upon how prepared your parents are, you could go through these five keys in five minutes or, at the other end of the spectrum, you may need to schedule a family meeting and another visit.

First, find out what legal planning documents your parents have. If they have not been reviewed in the last three years or if your parents don’t have any, help your folks find an estate planning attorney in their state who can help them make sure they have an effective plan in place. Because every family is unique, I won’t attempt to list every legal document they might need, but here are some of the most frequently necessary: